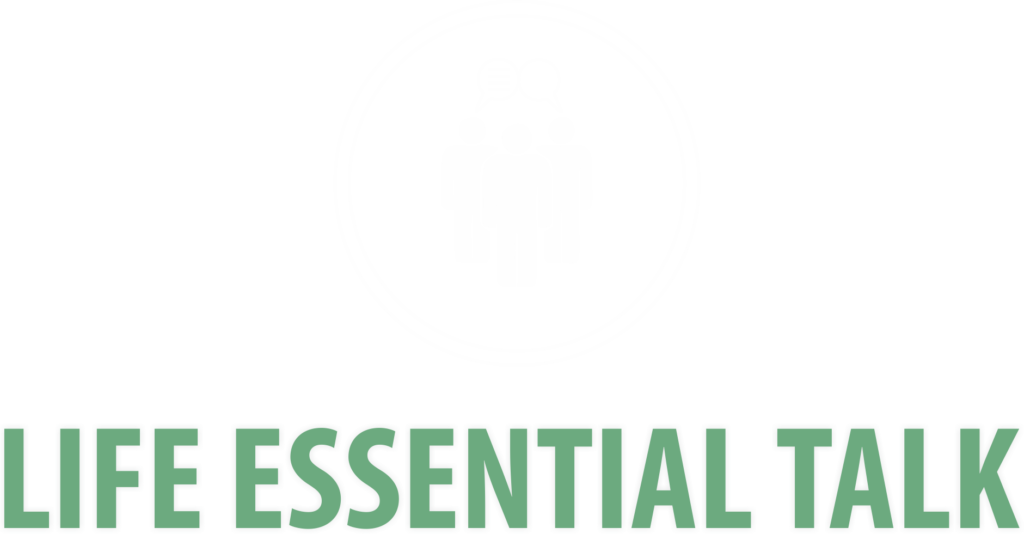 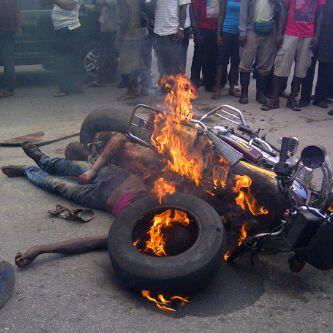 Jungle justice is widespread across sub-saharan Africa. According to studies, Cameroon and Nigeria are said to have the highest rate of jungle justice in Africa.

Jungle justice also referred to as mob justice is fast becoming a pastime as people regularly take the law into their hands. The victims are deprived of rights to which everyone is entitled under the rule of law. The penalty is normally barbaric, usually pertaining to stoning or burning of the unfortunate individuals publicly. In some cases, innocent citizens are been subjected to this horrible attack. 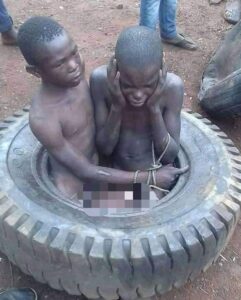 Unfortunately, then and now this criminal act has often been used to unleash terror in the name of justice in Nigeria.

In 2012, the necklacing of four male students from the University of Port Harcourt – known as the Aluu four was a case that shocked the country . After being falsely accused of theft, the four had tyres doused in gasoline thrown around them and set on fire. This incident took place at Aluu, Rivers State in the southern part of Nigeria.

The images of these boys burnt to death have never left me. It was an unimaginable incident that came to be imaginable. The vicious attack was filmed and publicized on social media, drawing extensive condemnation from the public.

Children are not excluded from the ugliness of mob lynching, in 2016 a young boy of about seven years was burnt to death in Lagos, for allegedly stealing cassava flakes, otherwise known as “Garri,”

In 2018, an infuriated mob allegedly killed two boys for stealing an iPhone device and a laptop in Benin, Edo state. The victims were murdered by persons who could not verify the allegations against the boys.

In 2019, an angry mob lynched and killed a suspected thief for stealing from a girl and raping her on Christmas Day in Calabar, Cross River State.

Most recently, Deborah Samuel, who was accused of blasphemy was beaten and burnt on Thursday,12th May 2022, also David Sunday, a sound engineer,was killed by motorcyclists, in the Lekki area of Lagos State.

Jungle justice has not reduced crime in Nigeria but has rather increased the number of human rights violations. A high level of awareness should be created. People should be made to understand, through enlightenment programmes that it is against the rule of law and a punishable offence to participate in jungle justice; frequently, the perpetrators of such horrendous acts go unpunished. Offenders should be made to face the consequences of their actions for it to serve as a warning to others, also possible discontinuation of such a dreadful act.

A working bill should be passed, prohibiting the act of mob justice in Nigeria. There should be serious punitive measures for anyone involved in mob justice.

Comments expressed here do not reflect the opinions of lifeessentialtalk.com. 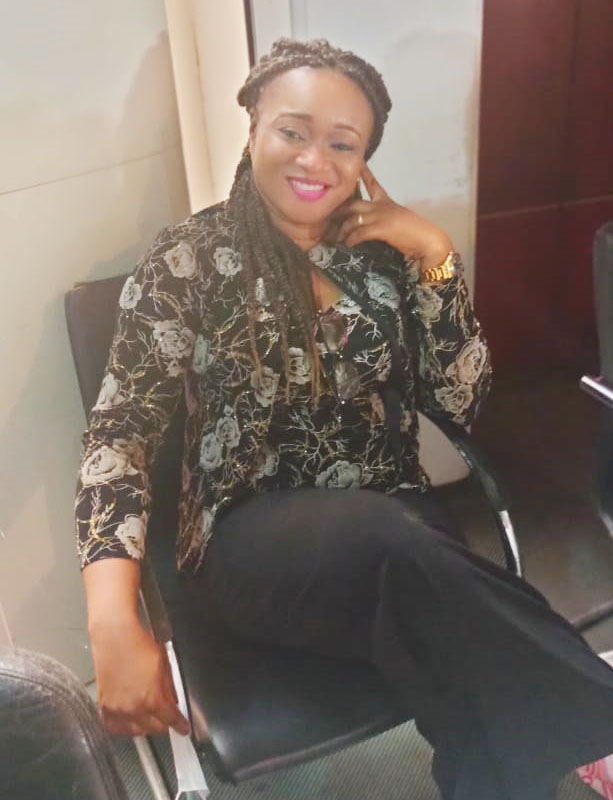 : Hello
I am Dr. Mrs. Uchechi Chukwuma, born and raised in a conservative  home but exposed to moderate and sometimes radical ideas at school. I am a trained linguist, educationist and guidance counsellor with many years of working with families and children.
Most especially, I am a wife and a mother who is very  passionate of the  intricacies of raising children.
Favorites 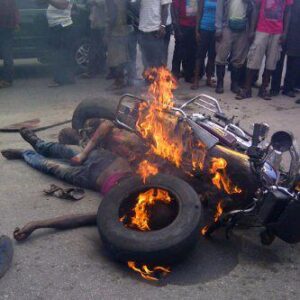